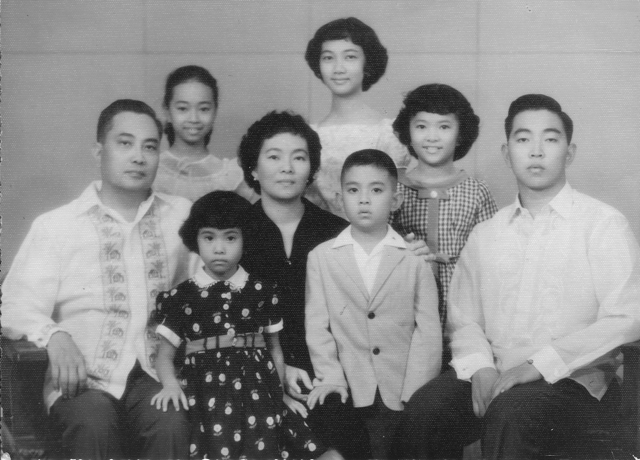 Dr. Eduardo J. Gonzaga and his family devoted their lives in the service of Centralians.

Have you passed by the Gonzaga Mansion near Gate 7 and wondered who owned it before it was donated to CPU?

The original owner of the house which is now a CPU hostel was the Gonzaga family, led by their patriarch Dr. Eduardo J. Gonzaga, an eye surgeon. Dr. Gonzaga was the Chairman of the CPU Board of Trustees when Central Philippine University celebrated its Golden Jubilee in 1955.

Writing in the context of 1955, Dr. Gonzaga reflected on CPU’s role in relation to the Philippines and the whole of Asia: “In the dynamic nationalism that is burning in the hearts of the Asiatic countries and elsewhere, there is an outstanding need for a unique institution like Central Philippine University. For here, the cardinal principles of democracy, freedom of worship, freedom of speech, freedom of thought and freedom of press are taught and practiced by the faculty and students. The future leaders of the Orient must be grounded in these democratic doctrines or Truth dies and Tyranny reigns supreme.”

Dr. Gonzaga was particularly thinking about what was happening in China when the communists took over the country in 1949.

Dr. Gonzaga challenged the Centralians to always shine in whatever they do, and for the university to excel in the country. He said, “…When I spoke to a group of Central people, I pointed out to them a motto that has always challenged me and which, I think, should challenge you: ‘Second best is never good enough.’ This seems a very idealistic precept, but it rings true against the anvil of experience.” Dr. Gonzaga, at that time, was referring to the historical milestone that CPU has achieved since its very humble beginning. The university status of the school was just two years old from April 1, 1953.

As Chairman of the CPU Board of Trustees, Dr. Gonzaga reminded everyone of the value of hard work and the legacy of the work study program of the university: “Central, as far back as I can remember, has taught us the dignity of labor and, along with it, the power to think. She has taught us the virtues of truth and honesty and has awakened in our consciousness a most important thing called conscience. These cannot be found in your textbooks, and there is no other place where these are more clearly seen and lived than in Central.”

Recalling his time as a student of Jaro Industrial School, he wrote, “Thirty-five years ago I stood looking at the four buildings that made the Jaro Industrial School There were only a few of us then, a mere handful compared to your more than two thousand. Most of us then wore bakya instead of shoes, and some were barefooted. Many of us were working students and poor boys… It has not been an easy task, the going being uphill as most of us can remember. We are by no means on ‘that top’ yet, but the past has shown us that we can eventually get there.”

If Dr. Gonzaga were alive today, then he would see that his vision has been fulfilled. CPU is now the only university in Iloilo which has an autonomous status granted by the Commission on Higher Education. It ranks no. 1 in Western Visayas, and no. 18 in the Philippines for the most number of academic programs hailed as Centers of Development and Centers of Excellence based on the list of the Commission on Higher Education.